the Saidė joins the Neris 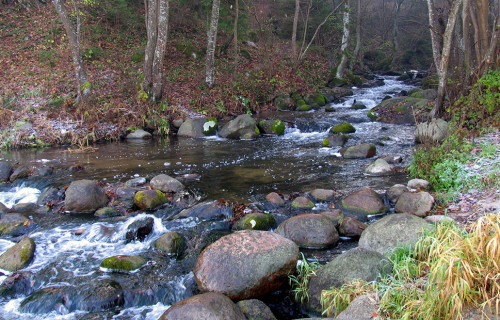 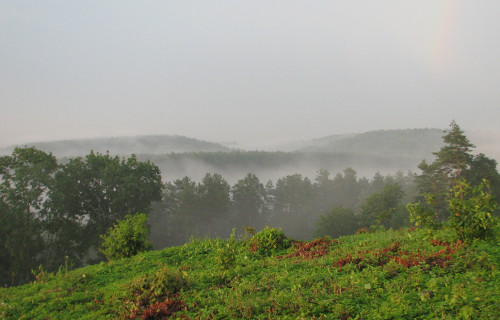 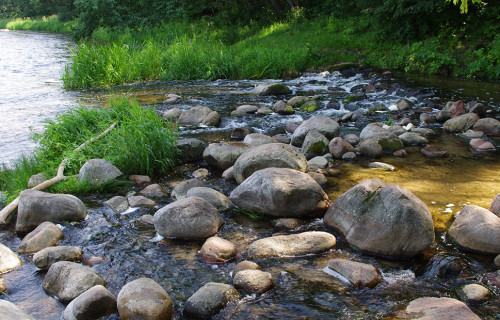 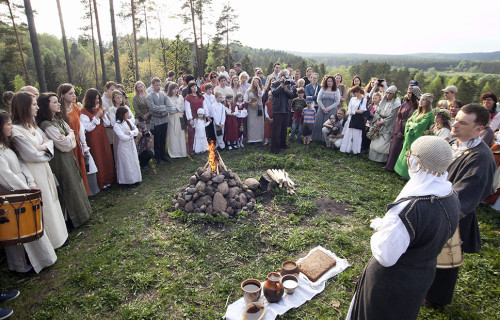 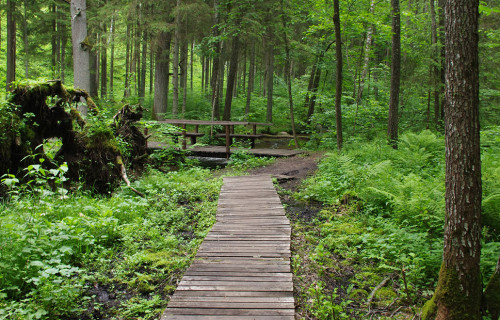 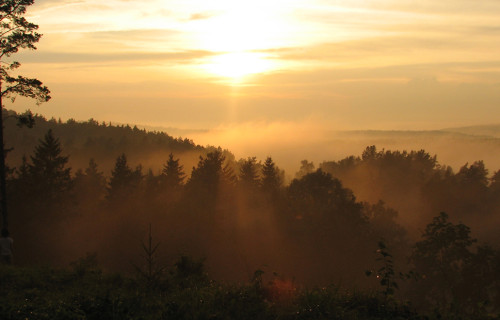 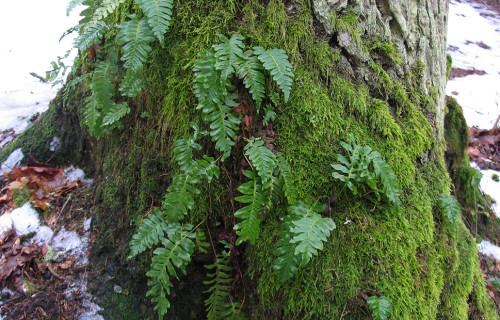 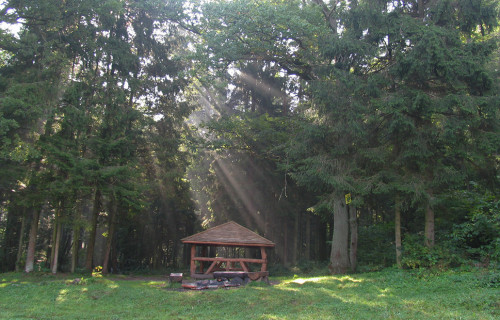 Confluence of the Neris and the Saidė. While standing beside this confluence and looking at big mossy stones, giant trees and canyon-like slopes of the Saidė rivulet, it is easy to feel like you‘re not in Lithuania at all. The scenery resembles a Scandinavian landscape and is not common for our country. However, this short (only 5 km long) murmuring rivulet Saidė carries its water from historical Trakai lake district to the so-called „mother of Lithuanian rivers“ – the Neris.

Saidė rift. This shallow, stony and vibrant stretch of the Neris river has long been known by timber rafters. It was considered as one of the most dangerous throughout the course of the river, so only after getting over it, rafters could relax and breathe freely again. The nobleman K. Tyszkiewicz, who floated down the river Neris on an exploratory journey in 1857, noted: „Nowhere else throughout the whole journey have I found such a stack of dangerous stones in one place, as in this stretch of our „mother of streams“.

The great boulder of Saidė. Just like you, this mossy jumbo is a great traveller. Together with a glacier approaching Lithuania, it began its slow journey from North Europe (either Sweden or Finland) over ten thousand years ago. Back then it was much bigger – probably a huge piece of rock, which, rolling for hundreds of kilometres towards our country, decreased to its present size. The smaller stones you see around are probably fragments of this boulder.

The Hill Fort of Striniai. Stories about a medieval castle on top of this hill have been floating around since time immemorial, but this hill fort was officially discovered only in 1995. This valuable cultural heritage was accidantally recorded by a well-known Lithuanian naturalist R. Kazlauskas. At the base of the hill fort, he found a bowl-stone that reminded him of an ancient pagan altar. He then started looking for other traces of people who might have lived here. Even though there is no thorough archaeological investigation of this hill fort so far, the remains of its fortifications suggest that it was inhabited around 1500 years ago.

Sanctuary. The bowl-stone at the base of the hill fort, the smaller stones situated around, the giant oak trees growing alongside the clearwater Saidė rivulet… These mystic surroundings raise a lot of questions about a pagan sanctuary that possibly existed here long time ago. Small-scale scientific investigations did not confirm these presumptions, but who can deny that in this natural, scenic place with an exceptional aura, the power of nature can be felt as strongly as nowhere else?

Visitor Genovaitė – „While climbing up a hill fort, we sit down on the stairs, eat the dandelion flowers (very tasty and healthy!) and enjoy the views overlooking the valley of the Neris”.