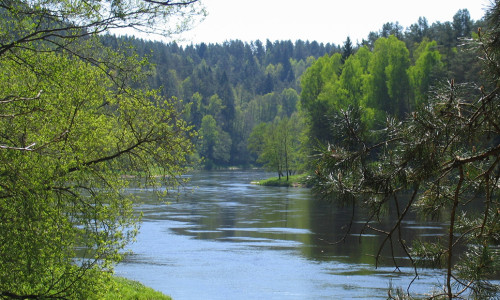 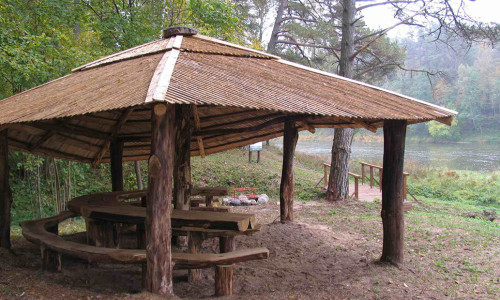 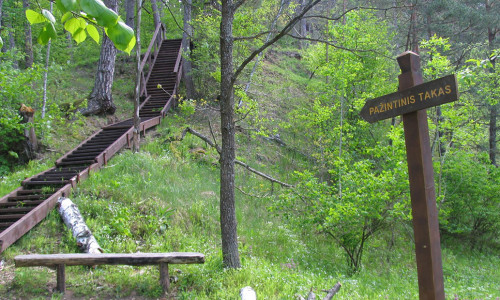 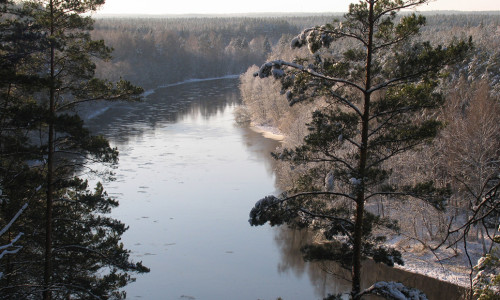 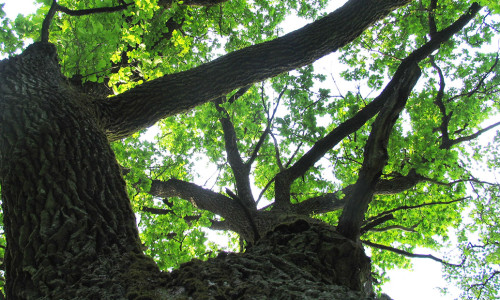 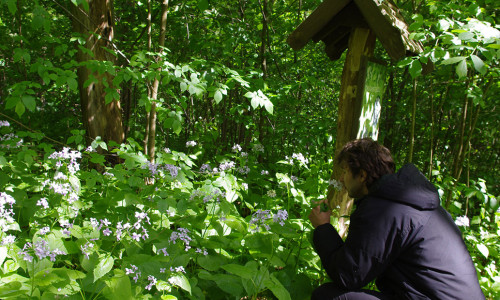 The barrow yard of Karmazinai. Oval swells of the ground scattered in a pinewood is not a nature‘s creation, but a valuable part of Lithuanian cultural heritage. The remains of the Baltic tribesmen from the 5th-8th cent. AD rest in these man-formed barrows. After the thorough archaeological explorations, 3 out of more than 140 barrows were restored – so far they are the only ones in Lithuania. Looking at the restored barrows, you can really imagine how an ancient Lithuanian cementary looked like 1500 years ago.

Mythology of the Neris. There is no doubt now that barrows, rifts, other sacred objects and places in our park are unique – they reveal the archaic spiritual culture of ancient Baltic tribes. It is still difficult, though, to explain what the Neris meant for our ancestors, but certainly this river is somehow linked with burial customs. Where its waters turn towards west or north-west, complexes of barrow yards are found on the river banks. One argument connects this fact with an ancient Lithuanian belief that “land of the dead” exists somewhere in the west. So our ancestors might have thought that waters of the Neris would drift the souls of their dead tribesmen to that land of eternal peace…

View from Velniakampis cliff. A famous Lithuanian geographer Č. Kudaba once wrote that here “the right bank of the Neris is rising up and steep, springy at the bottom slopes are emerging. The river, as if smashed against them, makes this so called Velniakampis angle that used to be so unpleasant for timber rafters in the past”. Local people have known this 60 m. high cliff for centuries – it is said, that devils and witches used to feast here. Nowadays no mythological creatures but visitors buzz around here – an observation point on the top of the cliff opens up divine views overlooking the curves of the Neris and green pine forests enfolding this river.

Men’s and women’s health trails. For a long time visitors of our park have known that aura of this territory is exceptionally good. A couple of years ago this was confirmed by the experts of bioenergetics. Using a radiostezic method, they identified two branches of the walkway (one for men, one for women) that radiate extremely positive energy. So take a walk along the one that’s suitable for you, and feel a boost of optimism, energy, lightness and sense of well-being!

Plenty of places for your BBQ. Karmazinai cognitive walkway is a real cornucopia – it has the biggest barrow yard in Vilnius region, the widest point of the Neris in park’s territory, the highest cliff with most steps towards its top and… a lot of recreation spots to have a BBQ and enjoy the harmony of river and forest. Here you’ll find 5 such places with tables, benches, fireplaces and wooden pergolas – to hide from volatile and sometimes inclement Lithuanian weather…

Visitor Marius says– “The view from the top of Velniakampis cliff is worth much more than those few petty drops of sweat, squeezed out while climbing up the stairs.

Short winter video of this path: